Stop Fish Bombing! (SFB) is a dedicated non-profit charitable entity under the Basic Law of the Hong Kong Special Administrative Region of China under the umbrella of Teng Hoi’s charity status (charity number: 91/7402 ). It was founded as a collaborative endeavour by three organizations that have the expertise, track record and networks to make it work: Scubazoo, SST, and Teng Hoi.

The activities of SFB are coordinated by a Steering Committee formed from the core members: Scubazoo, SST, and Teng Hoi.

Stop Fish Bombing USA is a project under the fiscal sponsorship of Earth Island Institute in Berkeley California that provides 501(c)(3)
Not For Profit status Tax ID: 94-2889684.

Teng Hoi Conservation Organization was founded as non-profit making organization in Hong Kong in 2004 (registration number 91/7402). Following the pioneering proof of concept of the detection of fish bombs in the early 2000s, Teng Hoi has developed a series of projects that develop participative solutions to environmental problems that link to education. Some projects are international in nature such as combatting fish bombing, others are more locally rooted in Hong Kong, for example our circular food economy programme. 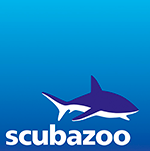 Scubazoo (SZ) is a Malaysian registered and FINAS-licensed company incorporated in 1997. Based in Kota Kinabalu, Sabah, Malaysian Borneo, SZ is both production company and turnkey filming services provider for broadcast programming, specialising in marine and jungle locations in South East Asia.

Over the past 18 years, SZ has managed locations for more than 145 hours of programme production in South East Asia for international broadcast and its cameramen have filmed for more than 150 programmes from Natural History blockbusters such as BBC’s celebrated Life Story & Human Planet – Oceans, to hit reality shows like Survivor, The Amazing Race and Man vs Wild. Recognised by production companies around the world as the go-to provider of first class underwater filming services in South East Asia, SZ has also published several high quality coffee table books; selling over 500,000 copies internationally.

SST Inc is a technology company based in Silicon Valley, California. SST developed the award winning ShotSpotter system that is now at the forefront of law enforcement for gun crime in the USA. ShotSpotter’s systems can be adapted for the detection of underwater explosions from fish bombs using a network of hydrophones to replace microphones.

The Prezi below provides some background to how the Stop Fish Bombing! organization came together.  (On Apple mobile devices that don’t play Flash videos, you will need to install the Prezi Viewer app from the App Store to see the animation.) 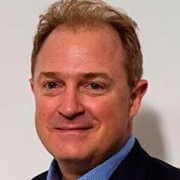 Simon Wilson
For the first ten years of Simon Wilson’s career he was a marine biologist with a particular focus on coral reefs and their management. During this time collaboration with Dr George Woodman lead to the testing of a hydrophone system for the detection of underwater explosions associated with blast fishing. About ten years ago he participated in a hotel development project on an small island in the Maldives which forced him to think seriously about a wide range of sustainability issues such as energy and water production, waste management, the project’s social context and the sustainability of the supply chain. That small island became a metaphor for the sustainability challenges of the planet and lead Simon to become fascinated in all aspects of sustainability.

Marine ecology is still an important part of his technical expertise tool kit, but over the last ten years Simon has also been deeply involved in environmental impact assessment and management, sustainable development and ecological conservation and management.

Dr George Woodman
As an avid diver, George was thrilled to be involved in a coral reef survey in Tunku Abdul Rahman Marine park in Sabah in 1994. The experience was marred however by the almost daily experience of being fish bombed. With a degree and PhD in physics from Oxford University, George was well-equipped to understand the processes of an underwater explosion, although it was never possible to get used to the deeply disturbing experience of the concussive pressure waves day after day during the reef survey. As discussions unfolded with his fellow diver Simon Wilson, George started to consider the physics of blast detection and use sound sensors to find a way to tackle the senseless violence of blast fishing that was clearly wrecking reefs. From 1998 and in collaboration with Reinhard Renneberg and Vincent Li at Hong Kong University of Science and Technology, George and Simon eventually completed the pioneering research that confirmed the potential for accurately locating individual blasts using networks of hydrophones spaced over tens of kilometers and published the results.

The collaboration with Shotspotter and Scubazoo in the formation of Stop Fish Bombing! in 2015, some 21 years after conception of blast detection is a great coming of age present welcomed by George and everyone involved in finally gaining traction in tackling the woeful problem of blast fishing. George’s background and experience in science, education and leading an environmental NGO will help to drive Stop Fish Bombing! towards its ultimate goal. 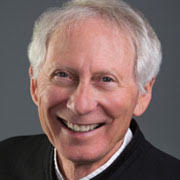 Dr. Robert L. Showen
Dr. Showen is SST, Inc.’s founder and patent holder on the technology. With over three decades of acoustic and geophysics research experience, it was Dr. Showen’s initial vision of helping police curb gunfire and urban crime that caused him first to conceive of ShotSpotter.

Engineer, scientist, and teacher, Dr. Robert L. Showen attended San Jose State University, University of California at Berkeley, and Rice University. He obtained degrees in electrical engineering and space physics and won a fellowship to the Max Planck Institute. He has taught astronomy and physics at the University of Puerto Rico, performed experiments to heat the ionosphere at the world’s largest RADAR, participated in the development of over-the-horizon RADAR at SRI International, and studied the effects of lightning on the ionosphere.

Presently he is writing patents for SST, pursuing technical developments especially involving acoustics, and working on “Stop Fish Bombing!” This is a collation seeking to end this destruction practice which is destroying the world’s tropical reefs. The technical effort will substitute the ShotSpotter sensor microphones with hydrophones and allow location of the underwater blasts enabling marine police to suppress this all-too-common activity. 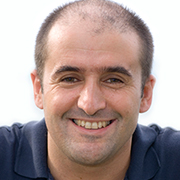 Simon Christopher
Simon Christopher is the Founder + CEO of Scubazoo (SZ). In 1995 with a ‘state of the art’ Hi-8 camera and underwater housing in hand Simon stepped onto the sandy shores of Malaysia’s world famous dive destination, Sipadan and SZ was born. Skip forward two decades to the present day and SZ’s grown into SE Asia’s leading underwater media company have been fundamentally involved with more than 150 documentary programmes. BBC Natural History blockbusters such as LIFE, Human Planet and Big Blue–Live – to hit reality shows such as Survivor, Amazing Race and Man vs Wild, and IMAX films like Sacred Planet and Conquest of the Skies, 3D. With talented photographers SZ publishes spectacular coffee table books and by working closely with international publishers such as Dorling Kindersely (DK) their colorful, informative tomes are now distributed in more than 11 different languages selling 500,000+ copies to date worldwide.

Continuously planning SZ’s growth and direction developing multiple opportunities and creating strategic partnerships with like-minded individuals and companies everywhere Simon goes his relentless drive and passion have led to SZ becoming a leading media force bringing conservation stories to a global audience. Empowered and excited by the ‘new digital age’ firmly believing today’s ‘Blue’ HAS to be tomorrow’s ‘Green’ with ‘plenty still to save’ Simon’s utterly committed to bringing ‘Whole Stories’ of our Natural world to every TV and smart phone on the planet with SZ.

And what better story to lead with than Stop Fish Bombing (SFB) – the ULTIMATE ‘Sabah-boleh’ project Simon believes SFB is a ‘potential global game-changer in the making’. After 70+ years of heinous senseless destructive human fishing activity across the globe Sabah has the opportunity to lead the way. That said, Simon also knows that at the same time as kick-starting SFB in Sabah sustainable alternatives MUST be offered to fish-bombers. Indeed, saving Sabah’s reefs while supporting fish-bombers, enabling them to live with dignity really is the ONLY way. 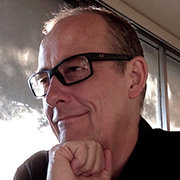 Clark Dunson
Clark started his career at NASA in 1977 as a Payload Engineer working on mission designs for the Space Shuttle and Space Station programs. He wound his way through many launch pad operations and launches, and sought avenues to fight government waste at every turn. In 1985 he began teaching divers how to navigate the treacherous kelp beds of Northern California, and in 1991 he launched a career in scientific computer visualization building satellite simulators for commercial spacecraft such as Sirius, Globalstar, and Japan’s MT–SAT.

In 2003, Clark devoted himself to the pursuit of earthquake forecasting 1–4 weeks in advance of the big event, and published several papers on seismo-magnetic effects. He has developed embedded control software for systems deployed worldwide, and has led many product developments in analytical and political outreach for governmental and commercial entities.

In 2005 he was awarded the “Spot Beam Award” from the California Space Authority, and in 2013 the “Champions of Change” award from the White House. He lives in Northern California, and pursues the art of volleyball, rock climbing, and trying to impress his loved one Kathryn (and her cats Butters and Lil’P), with his culinary experiments in the kitchen. 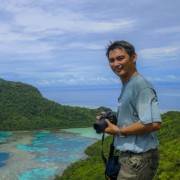 Terence Lim
As the Executive Director, Terence was responsible for the establishment of SFB Malaysia Sdn Bhd in July 2019 with the goal of stopping fish bombing. In collaboration with SFB USA, Sabah Parks and other partners fish bombing is controlled through deployment of acoustic arrays that provide rapid law enforcement notification with precise blast location information. Terence has been a member of the Stop Fish Bombing International Board of Directors since its inception in 2015.

Terence was one of Scubazoo’s (SZ) Operations Directors and he has been involved with SZ managing multiple TV shoots including UK’s Survivor series in Pulau Tiga, US’ Survivor series in Thailand and Conquest of the Skies, 3D with Sir David Attenborough since its inception in 1997.
Having been Deputy GM of SDC Lodges, Sipadan Dive Centre S/B, Bukit Melapi Proboscis Lodge and Pulau Tiga Resort, Operations Manager at Gayana Eco Resort and Bunga Raya and Spa Resort, Operations Officer on Sipadan Princess luxury yacht Terence has been heavily involved with Sabah’s marine tourism industry all his working life. Also a Level 3 Scuba Intructor with the National Dive League + been scuba diving around Sabah’s incredible coral reefs for more than 25 years Terence is acutely aware of the prevalence of fish bombing in Sabah waters.

As Chairperson for the Semporna Resort Operator Association and a committee member for the Kinabatangan Tourist Association together with his unique experience Terence is perfectly placed to advise and co-ordinate the overall implementation of SFB in Sabah’s waters closely with the Government and all other key parties. 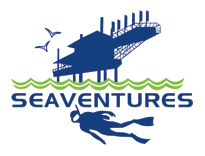 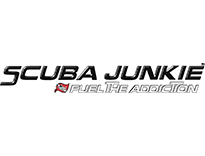 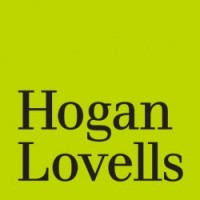