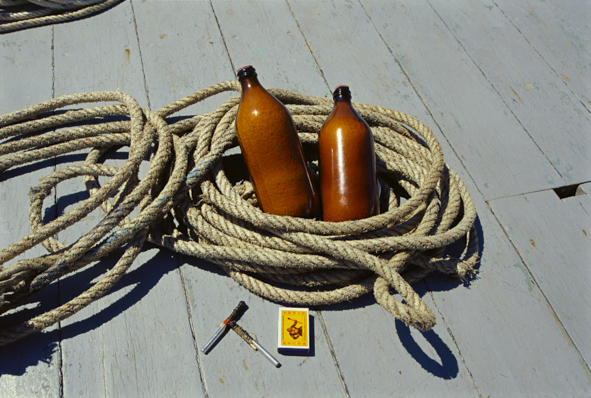 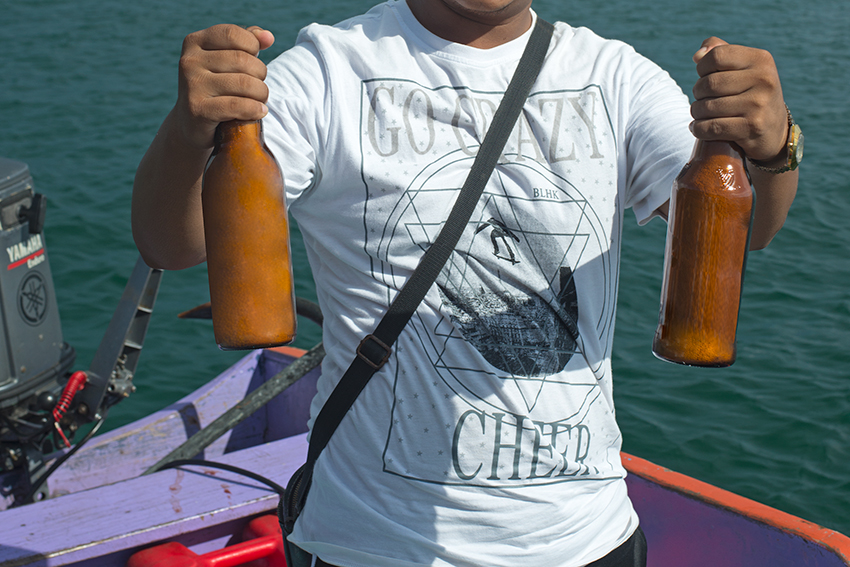 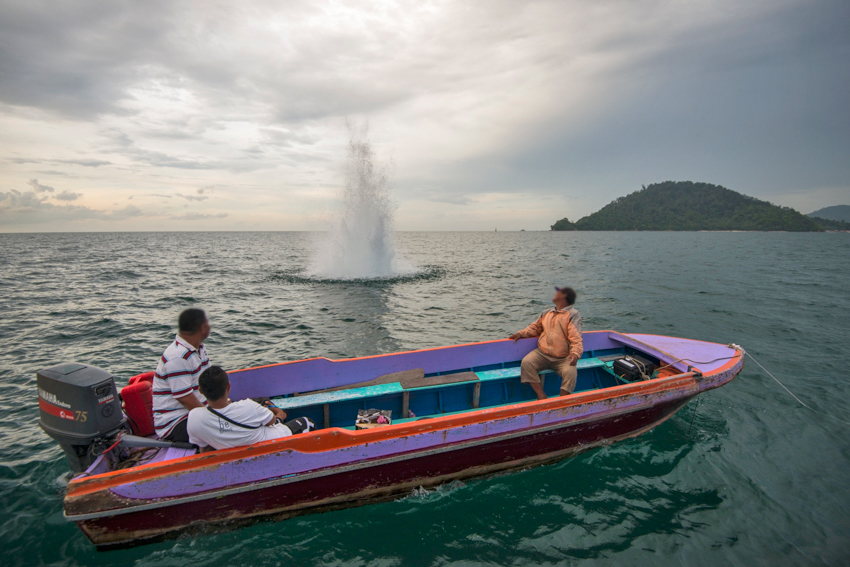 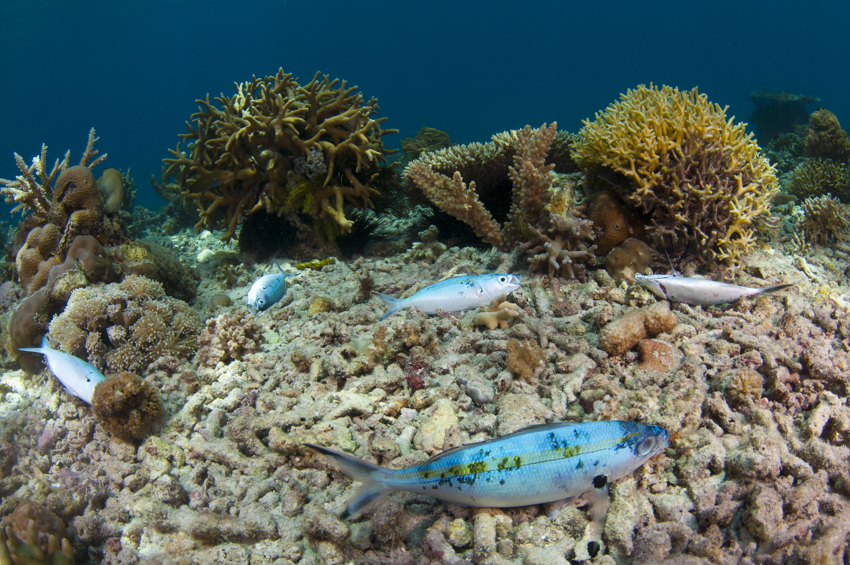 What bombs do blast fishermen use?
It depends on the region. Some fishermen use unexploded grenades or other ordnance from previous conflicts, while others make their own explosives from readily available fertiliser and other simple ingredients. 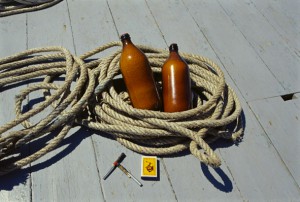 Isn’t fish bombing dangerous for the fishermen?
Yes it is very dangerous. Many blast fishermen have suffered horrific injuries, or even killed themselves in accidents with explosives, sadly impoverishing their families further.
Why do fishermen use bombs if it’s dangerous?
In areas with pristine coral reefs and abundant fish life, a single bomb quickly yields more fish to feed many families. The blast fishermen have no nets to untangle, and don’t have to wait a long time for fish to take bait from a line.

So what do the fishermen do when their local reef is destroyed?
They travel further in their small fishing boats in search of areas with healthier coral, and more fish life. Obviously, when these areas are also destroyed the fishermen again have to travel even further, costing more time and money – their returns diminish and they face poverty.

The fish are going to be caught and eaten anyway, so why not use bombs to kill them?
Fish bombing is a very wasteful, destructive, and unsustainable fishing method. Typically, more than half of the fish killed from one bomb are not collected by the fishermen. Blasts also indiscriminately kill young fish that haven’t reached sexual maturity, as well as many other species of marine animals that are not usually caught, such as turtles. Worse still, blasts on the seabed also destroy the coral reef itself, reducing the pristine, slow-growing hard corals to lifeless rubble. Coral reefs are a vital habitat and food source on which infinite fish and marine life depend, and without them the consequences would be dire. 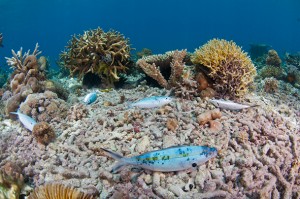 Is fish bombing illegal?
Yes, fish bombing is illegal in many countries around the world, however laws regarding this fishing practice are often not fully implemented, and difficult to enforce in remote areas. The sound from fish bombs is trapped underwater, making it very difficult to detect from the surface. If a fishermen is about to caught they can quickly discard any evidence of fish bombing overboard, and therefore convictions are very rare. The risk of fines or imprisonment is so low that the blast fishermen are more than willing to continue.
[explosions in Likas bay in 2002 close to KK, explosions in HK waters in 2006/7]
How can we stop fish bombing in that case?
We have proven technologies that can pinpoint fish bombs as they happen and provide solid evidence for convictions. Working together with governments and law enforcement, we can greatly improve operational efficiency of enforcement activities and legal processes.
Where is fish bombing (aka. dynamite fishing, or blast fishing) happening?
Fish bombing occurs in many tropical coral reef areas around the world. It is a severe problem and widespread in South East Asia, as well as east Africa and Central America.
With various other problems in countries where fish bombing is practiced, aren’t there higher priorities we should be concerned about?
The coral reefs of South East Asia currently provide food for well over half a billion people, provide natural coastal protection, and attract millions of tourists each year. Recent estimates place the value of goods and services provided by coral reefs worldwide between US$172–375 billion annually. Unfortunately, few people are aware of this and the destruction from fish bombing and other destructive fishing techniques continues unabated. We believe our action regarding fish bombing is highly relevant for protecting the long-term future of hundreds of millions of people. 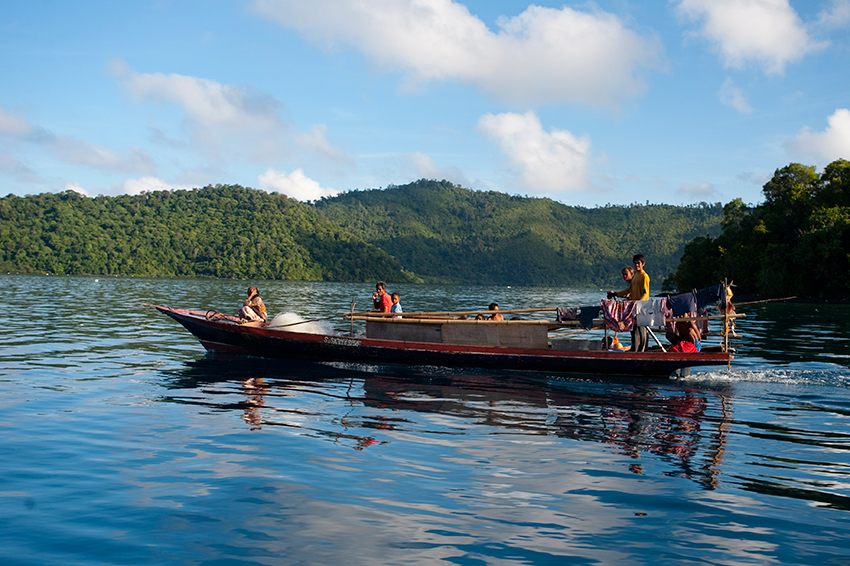 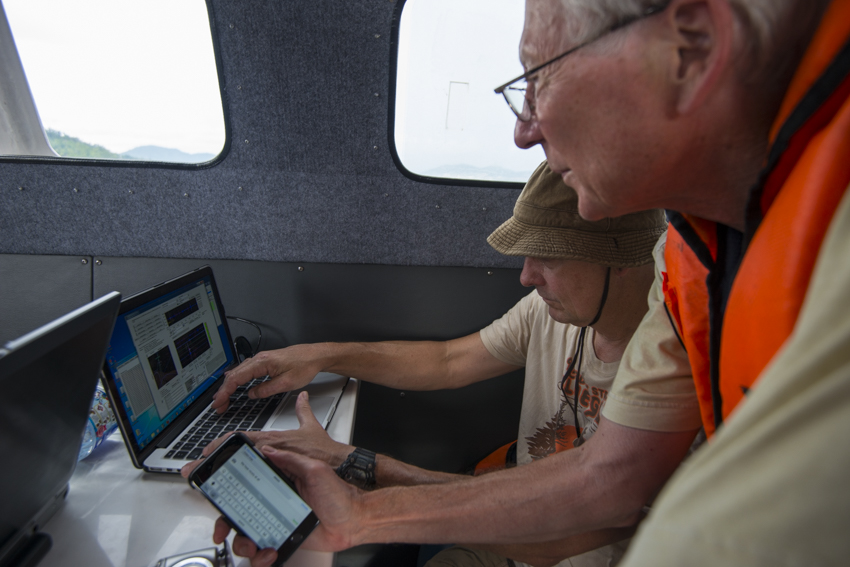 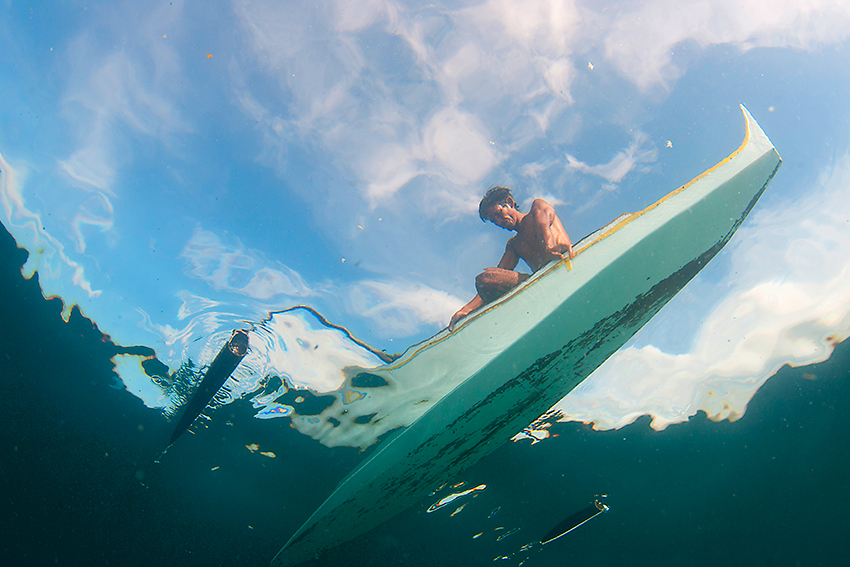 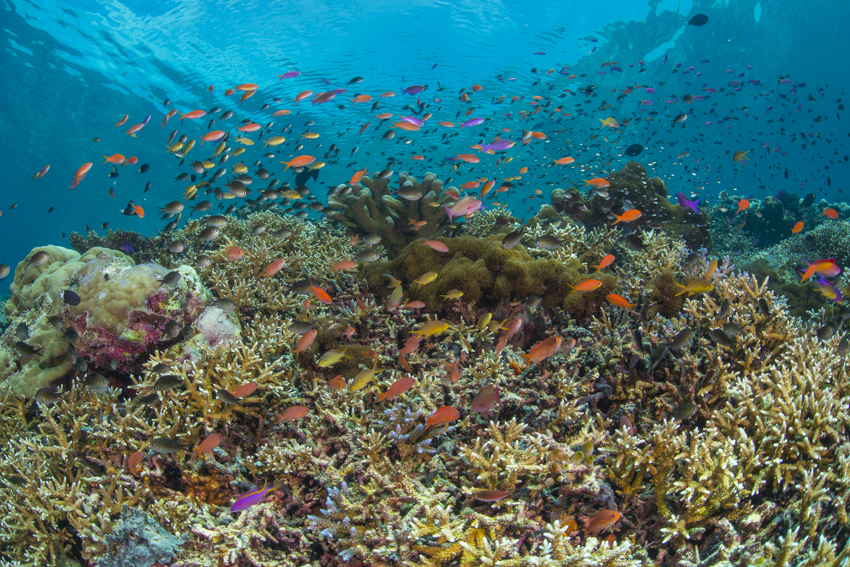 Stop Fish Bombing! will run a test of fish bomb detection technology in November 2015. The Department of Fisheries in Sabah is coordinating the effort in collaboration with Sabah Parks with the assistance of all relevant government agencies. Cathay Pacific airlines has sponsored our technical team to fly to Sabah from San Francisco to install and test the ShotSpotter system adapted for underwater use.

Report the initial findings to Sabah government in early December 2015, then present to the American Geophysical Union in San Francisco on 18th December 2015.

Report the test findings and convene a mini-symposium at the third Environmental Workshop convened by the Chief Judge of Sabah and Sarawak in early January 2016.

Share our findings with other organizations and universities also interested in stopping bomb fishing, such as Interpol, WWF, Conservation International, The Nature Conservancy, the Wildlife Conservation Society in Tanzania, and Stanford University.

Develop fund-raising enterprises, educational materials and media that will engage the public on a significant scale. This will enable us to implement the world’s first permanent fish bomb detection installation in collaboration with Sabah government from April 2016.

Invite various governments from South East Asia facing problems with bomb fishing, as well as those from Africa and Central America to Sabah to help them develop systems that can work in their jurisdictions. 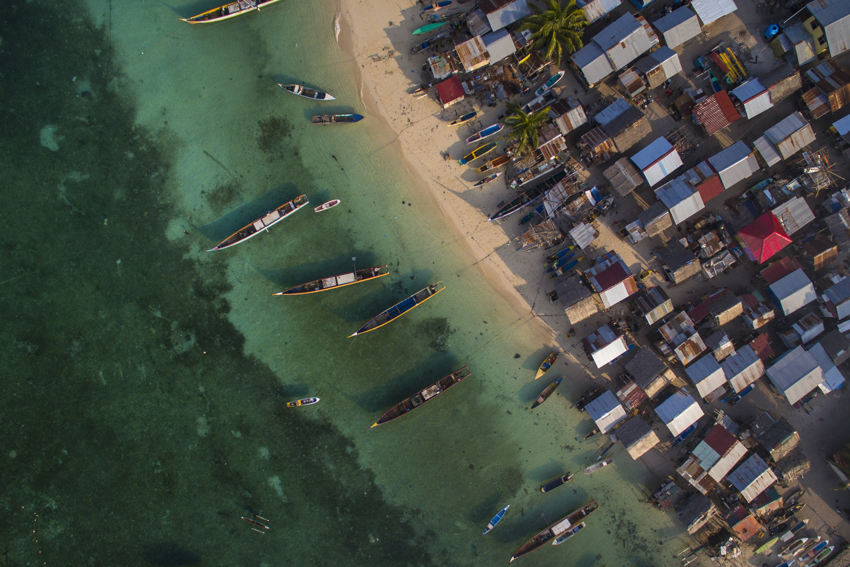 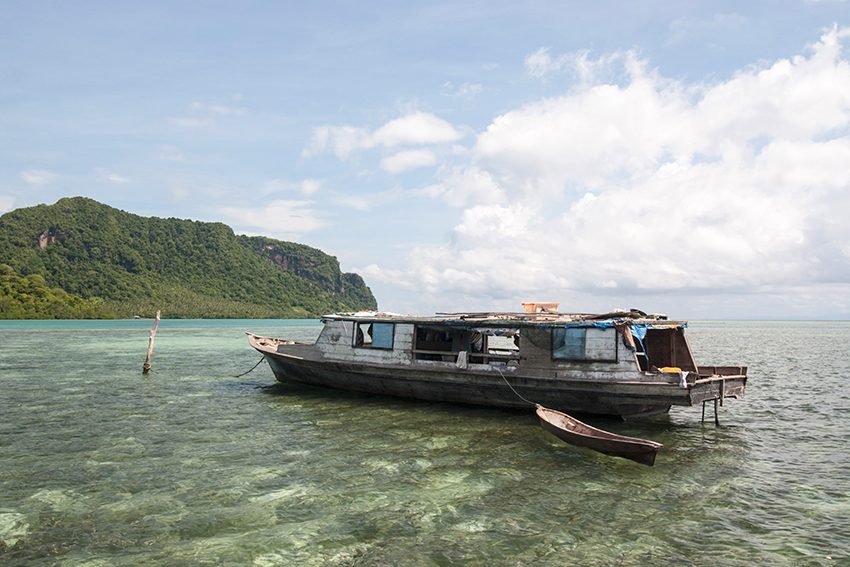 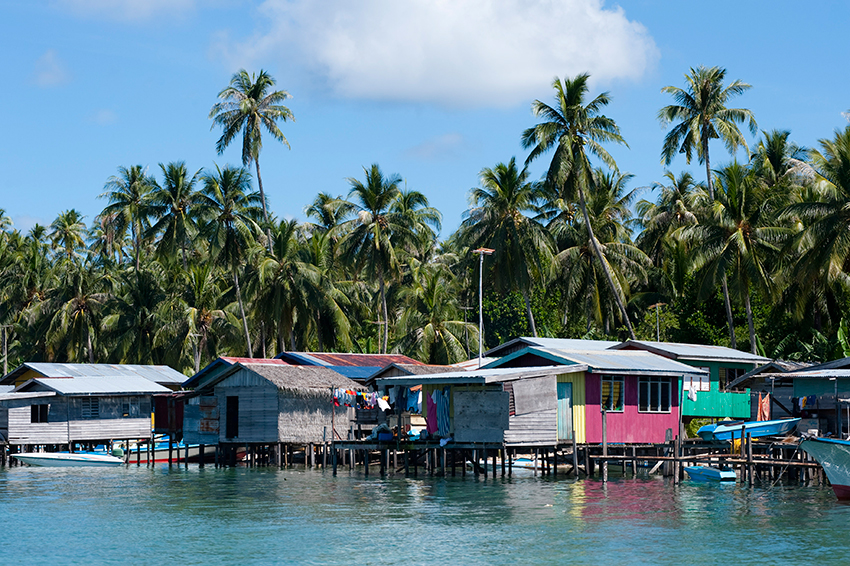 We work with governments, local authorities, NGOs and the private sector to build effective systems which both highlight the fish bombing issue for the general public, as well as establish the means to apprehend fishermen involved and provide solid evidence for conviction.

Integrates with Goal 14 of UN Sustainable Development Goals: By 2020, effectively regulate harvesting and end over-fishing, illegal, unreported and unregulated fishing and destructive fishing practices and implement science-based management plans in order to restore fish stocks in the shortest time feasible, at least to levels that can produce maximum sustainable yield as determined by their biological characteristics.

Like many locations in Asia the government of Sabah has faced the grim problem of fish bombing for many decades. Four government agencies in Sabah: the Department of Fisheries, Sabah Parks, ESSCOM (overseeing the security forces in Sabah), and Offices of the Chief Judge of Sabah are fully supporting the Stop Fish Bombing! initiative.

Article: Tougher laws for environment-related offences in Sabah and Sarawak

One of Stop Fish Bombing!’s founding members ShotSpotter (SST Inc.) has developed the ShotSpotter gunshot detection system which is now in use in more than eighty-one (81) cities across the US. ShotSpotter has had a dramatic impact reducing gun crime down by up to 50% in some of the areas it’s been deployed. It enables law enforcement to act quickly with accurate information about gunfire. With new installations of ShotSpotter they have often found that less than one in five gunshots are reported to the police using the 911 emergency call. SFB expects significantly worse statistics when we start deploying the first fish bombing detection systems.

Back in the early 2000s, Teng Hoi (the founding member of Stop Fish Bombing!) undertook pioneering research which confirmed that underwater explosions could be readily detected using hydrophones, and that sources of underwater noise could be filtered out. There is now a clear way forward to adapt ShotSpotter’s infrastructure and systems to detecting fish bombs.

Scubazoo (SZ) is a media company specializing in underwater productions, based in Sabah, Malaysia that have been witness to the devastation caused by fish bombing across SE Asia for almost 20 years. SZ is one of the founding members of Stop Fish Bombing! with Teng Hoi and ShotSpotter. SZ is uniquely placed to spread the word about the problems of fish bombing, and the positive impact the Stop Fish Bombing! initiative will have globally.